The benefits of PHP 7

Are you a web developer or a website owner? Do your sites run on PHP-enabled CMS such as WordPress, Drupal, Joomla, or Magento? Then I have good news for you: the feature-complete version of the new PHP 7 was recently released. The 7.0.0 major release contains so many cool features that we decided to dedicate a whole post to it. But first, we need to slide in a few reminders. see now all the benefits of PHP 7

Let’s check out The benefits of PHP 7.

The current stable release uses the version number PHP 5.6. After some dispute, the development team decided to omit the PHP 6 name for the next major release. PHP 6 already existed in the past as an experimental project but never reached the production phase.

To prevent users from mixing up the former attempt with the latest development, the new major release will run under PHP 7.

The Zend engine has been powering PHP since 1999, when it was introduced with the then-new PHP 4 release. Zend – not to confused with the Zend Framework – is an open-source execution engine written in C that interprets the PHP language. The current PHP 5.X series use Zend Engine II that enhanced the initial engine’s functionality and adds an extensible object model and a significant performance enhancement to the language.

PHP 7 receives a brand new version of the engine coming under the code name of PHP#NG (Next Generation).

The most easily recognizable advantage of the new PHPNG engine is a significant performance improvement. The development team of PHPNG refactored the Zend Engine and remarkably optimized memory usage.

The results? You can see the performance benchmarks provided by the Zend Performance Team below. By using PHP 7, not only will your code be executed faster, but you will also need fewer servers to serve the same amount of users.

To say the least, handling fatal and catchable fatal errors has never been an easy task for PHP coders. The new Engine Exceptions will allow you to replace these kinds of errors with exceptions. If the exception is missed, PHP will continue to return the same fatal errors in the current 5.X series.

The new \EngineException objects don’t extend the \Exception Base Class. This ensures backward compatibility and results in two different kinds of exceptions in error handling: traditional and engine exceptions.

To enable programmers to catch both, PHP 7 introduces a new shared Parent Class under the name of \BaseException.

PHP is a prominent member of the LAMP stack, which means its native environment is Linux – but it’s also possible to run it on a Windows system. The 5.X series don’t yet provide 64-bit integer or large file support, so x64 builds have been considered experimental until now.

PHP 7 will change this. It introduces consistent 64-bit support, which means both native 64-bit integers and large files will be supported, allowing you to confidently run the language on your 64-bit Windows system in the future.

The Spaceship operator runs under the official name of Combined Comparison Operator. The notation of the new operator looks like this: <=> (kind of like a simplified spaceship, if you imagine it right).

The space operator returns 0 if both operands are equal, 1 if the left is greater, and -1 if the right is greater. It’s also a three-way comparison operator, and it already exists in other popular programming languages like Perl and Ruby.

The Null Coalescing operator is denoted with two question marks ( ?? ). You can use it when you want to check if something exists and return a default value in case it doesn’t. The coalesce operator returns the result of its first operand if it exists and is not null, and the second operand in any other cases.

Here’s how the new operator reduces the time spent with basic declarations:

Have you ever wanted to prevent unintended return values by declaring the return type of a function? The new PHP 7 enables developers to enhance the quality of their code with the help of return type declarations.

The image below depicts the use case where the foo() function returns an array. Check out more complicated examples here.

PHP 7 enables you to use anonymous classes, already a well-established practice in other object-oriented languages like C# and Java. An anonymous class is a class without a name. The object it instantiates has the same functionality as an object of a named class.

9. Facilitates Imports From the Same Namespace: The benefits of PHP 7

The new Group Use Declarations feature will be godsent to those who want to import many classes from the same namespace. The new syntax cuts verbosity, makes your code tidier and easier on the eyes and saves you a lot of typing time.

It will also be easier to read through and debug codes, as group use declarations help you identify the imports that belong to the same module.

The goal of PHP 7 was to free up the space to enable improvement, so it was necessary to get rid of many deprecated functionalities and old and unsupported Server APIs and extensions. If you want to check which are these in detail, click here and here.

All the removed items have been out for a while in PHP 5, so most likely, you haven’t in use them for a long time. However, please note if you have a legacy app running on older PHP versions, the new PHP 7 can potentially break the code.

The benefits of PHP 7 by visualmodo source http://www.hongkiat.com/blog/ 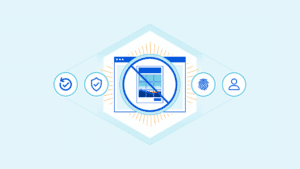 How to Install & Add Cloudflare Turnstile CAPTCHA in WordPress Website For Free?

How to Add a WordPress Pricing Calculator Form to the Website

How To Create On-Demand Images & Pictures in WordPress Using AI For Free?