SAST (Static Application Security Testing) includes tools and techniques designed to scan code for defects and vulnerabilities to protect web apps. This method is a form of white-box testing to find problems in code (sometimes known as a vulnerability checker).

SAST tools work by scanning stored code without needing to execute the code. The tool scans static code line by line, instruction by instruction. Compares each piece of code against an established set of rules and known errors. SAST tools usually include a number of known bugs out of the box. So, additional issues can be defined and added to the test plan as needed using SAST to protect web apps.

How Does SAST Work?

The advantage of static application security testing is that it identifies security issues. Even if the application or system is at early stages of development. In addition to application security, SAST can be up to find bugs, improve code quality, and enforce pre coding standards to use SAST to protect web apps.

A key element of SAST is that it avoids delays in identifying source code issues. When problems in code are up late, teams can incur significant technical debt. SAST solutions allow teams to diagnose their code early in the development lifecycle and make necessary improvements prior to release. This reduces the cost of troubleshooting issues after the application is deployed.

SAST also allows easy root cause analysis – identifying problem areas in their code without manually reviewing the code. Using a SAST tool, developers can learn not only that problems exist in the code. But also the exact lines of code behind the problem. This means it takes less time for developers to identify and resolve bugs, and makes software more maintainable.

Why SAST Is Crucial For Security Of Web And Mobile Applications

Cyber attackers can not only steal sensitive data from companies. But they can also manipulate systems by modifying the source code. SAST allows secure and systematic analysis of application binaries. Source code, and bytecode outside of the production environment, making it easy to find and eliminate vulnerabilities.

SAST is also an effective technique for protecting sensitive user data. Using SAST early in the development process can reveal weaknesses before the software is released. Testing code and binaries line by line to make sure no flaws are found.

It allows developers to take responsibility for security, and avoid deploying applications in a live environment with security weaknesses that attackers can exploit.

You can choose between open source and commercial SAST products. Before choosing, evaluate the following things:

What programming languages can the tool scan

Many companies use scanners that support only a limited range of programming languages. For example, a C++ scanner can only scan C++ code, not Java code. Therefore, when choosing a scanner, you should ensure the scanner supports the programming languages in your project.

How easy it is to perform scans

Before purchasing a SAST tool, it is important to understand how it works and its limitations. Ease of use is critical for development teams to adopt a SAST tool.

What kind of vulnerabilities the tool can detect

You need to validate vendors’ claims about their ability to detect vulnerabilities. Subject a tool to a standardized security assessment benchmark to understand if it can discover all the vulnerabilities relevant to your environment.

See if the SAST tool allows you to run a scan directly on development servers, and what sizing is supported in each licensing plan. A more flexible licensing model allows you to adapt to future business needs.

In conclusion, Static Application Security Testing (SAST) is a crucial tool for ensuring the security of web and mobile applications. By analyzing the source code of an application, SAST can identify potential vulnerabilities and provide recommendations for how to fix them. This can help prevent vulnerabilities from being exploited, which can protect users from security breaches and other threats.

Additionally, SAST can save time and money by identifying and fixing vulnerabilities early in the development process, and can also provide a detailed view of the security of an application, which can be useful for compliance with security standards and regulations.

When choosing a SAST tool, it’s important to consider factors such as compatibility with the programming languages and frameworks used in the application, capabilities and features, ease of use and integration with the development process and licensing.

Essential SaaS Metrics for Business Success: A Guide for Entrepreneurs

What You Need to Know About Bare Metal Servers

Why Residential Proxies Are The Right Choice When It Comes to Scraping?

What is Web3 Development & Why Does Blockchain Need it? 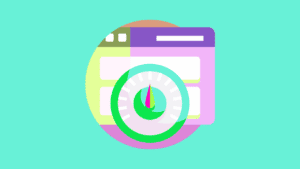 How & Where to Find and Hire Developers for Your Startup?